Here is an update of the 6m0d6 module production progress.
Since we showed the module at Superbooth and started taking preorders we have:

Bad news: We are still waiting for the potentiometers and do not have a confirmed ETA just yet.

Good news: We will start with SMD production nevertheless, so we can perform the final soldering step as soon as the pots arrive. We are very happy that despite the current shortage of electronic parts we were able to source all components and can start assembly. Some parts were incredibly hard to get (for example processors, opamps) and cost us many hours of research, nerves and board redesigns.

We received the PCBs and all parts are now being sent to our assembly  house. 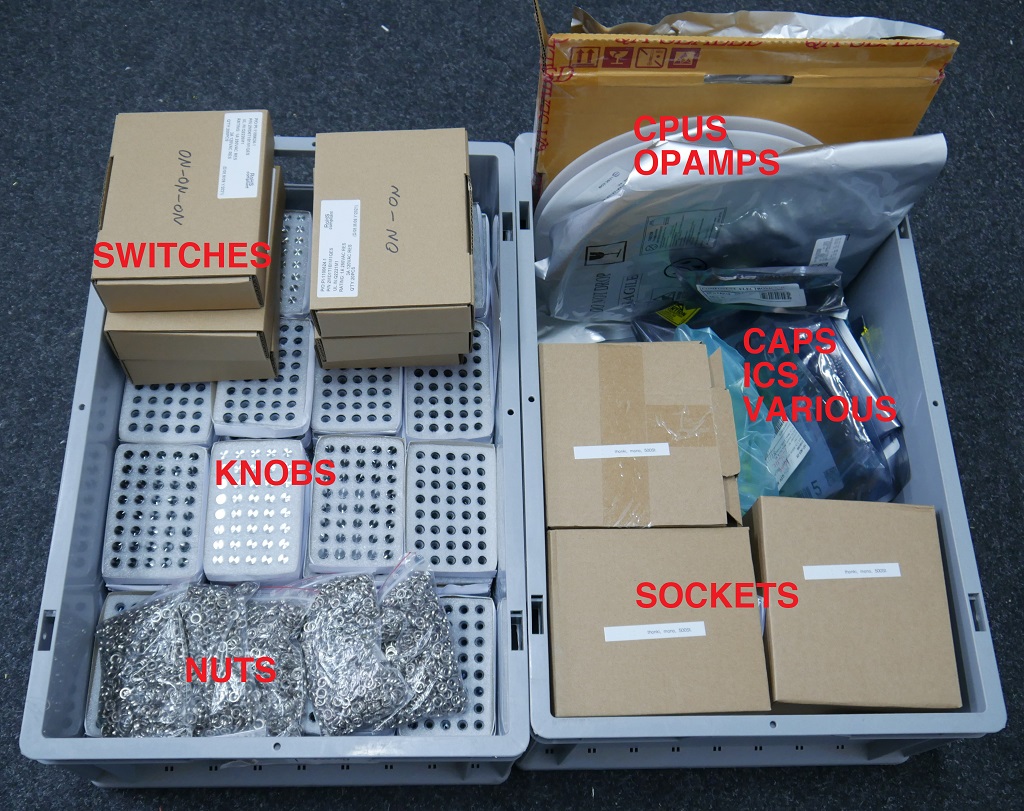