TR-606 inspired drum sequencer in 3U and 1U eurorack

Tubbutec 6equencer (pronounced sequencer, sixquencer, or whatever you prefer) is a TR-606 inspired step sequencer.

It is available in different Eurorack form factors (1U and 3U) and despite being compact has many powerful features.

6equencer is optimized for live performance and allows quick programming and editing of drum patterns.

The 6equencer user interface features 16 buttons with LEDs and a FUNC button.
Each LED can be red, blue or purple.
Typically a blue LED will indicate a mode or setting, while a red LED will indicate an active step or parameter.
When both, red and blue LEDs are turned on, the resulting color will be purple. This means both are set (e.g. a step is set and a parameter is selected). 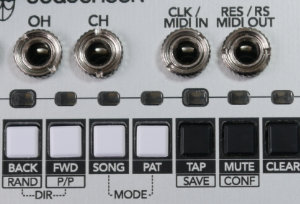 6equencer has 8 instrument channels and is pattern based. Each pattern can have up to 16 steps and 16 different patterns can be programmed.
Multiple patterns can be chained to a ‘song’. Each song consists of up to 32 patterns, a single pattern can occur multiple times in a song.
You can record a new song while another is playing and start the new song in sync. This allows very flexible and intuitive live performances.

Many features exist to ease pattern programming and live performance:

Multiple play directions can be selected including a musically usable random mode. The play direction can be changed for patterns and for songs independently. Changing the direction will not cause 6equencer to lose sync as it remembers the “original” play position.

A handy performance tool is the MUTE mode. Here you can activate and deactivate instruments while the sequencer is playing and without modifying the patterns. Furthermore, the Low Tom and High Tom instruments can be used to control the probability of other instruments playing.

While the sequencer is running, TAP mode can be used to record steps live. Here the instrument buttons can be used to enter rhythms.
In CLEAR mode, the current steps are cleared as long as CLEAR is pressed.

Patterns and tracks can also be copied and pasted, allowing the quick programming of variations.

6equencer includes a swing clock generator that works with all types of clock inputs.
When swing is activated, every second step is delayed by a time proportional to the step length. Fifteen swing amounts are possible ranging from 1/32th to 16/32th.
The maximum setting of 16 results in a 3-to-1 rhythm, a setting of 8 in a 5-to-3 rhythm.
You can use one of the trigger outputs to clock other gear, effectively converting a straight clock into a ‘swung’ clock.

6equencer includes a flam or ratchet effect that can be used to create subdivisions of steps as well as various kinds of tuplets, e.g. triplets or quintuplets.
Multiple flam types are available. Three of them create subdivisions of a single step, and four span multiple steps.
The effect is triggered by an instrument channel and is affected by mute and probability. This can create sequences with flams or triplets inserted randomly. 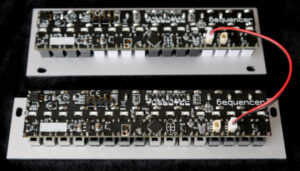 An optional LINK Patchbay can be used to dynamically connect multiple 6equencers. 6equencer automatically detects if it is part of a chain and acts accordingly – Even while it is running. The LINK connection can also be used to directly connect the 6m0d6 drum module.

More features are accessible via a config menu.
You can define

It is rarely necessary to change settings in the config menu, but to ease its use reference cards are provided.

Q: Is there a 1U Tile (Pulp Logic) version?
A: Yes, you can purchase it in our shop. 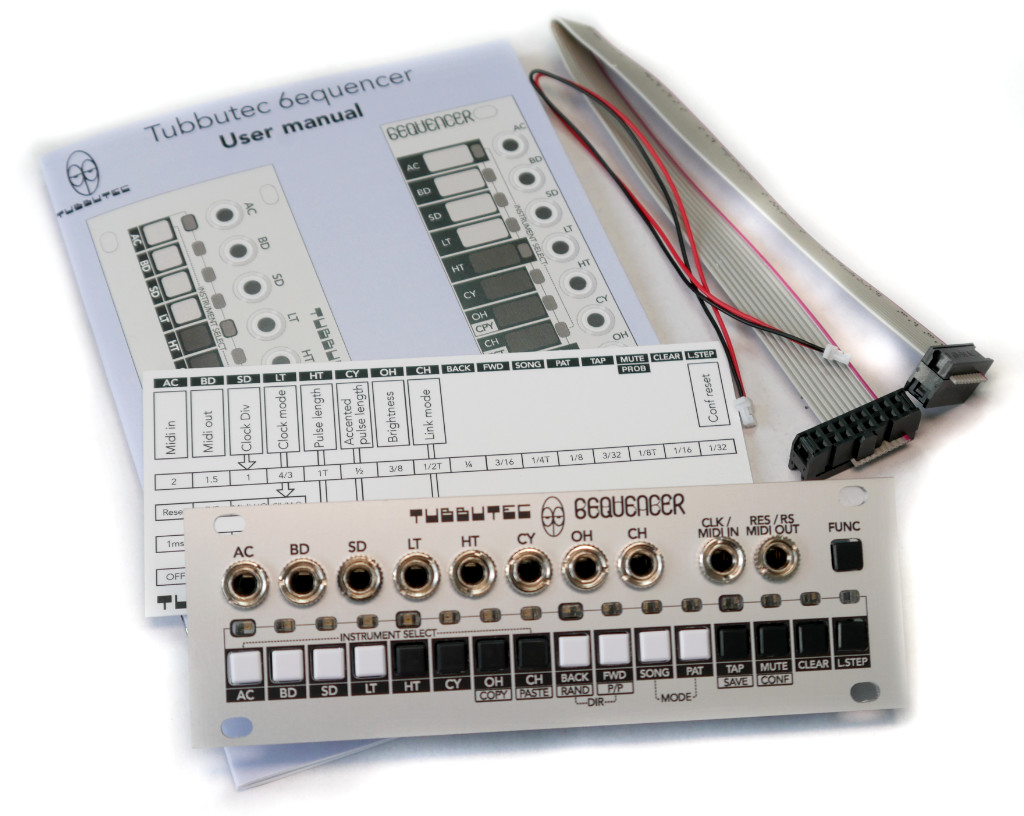 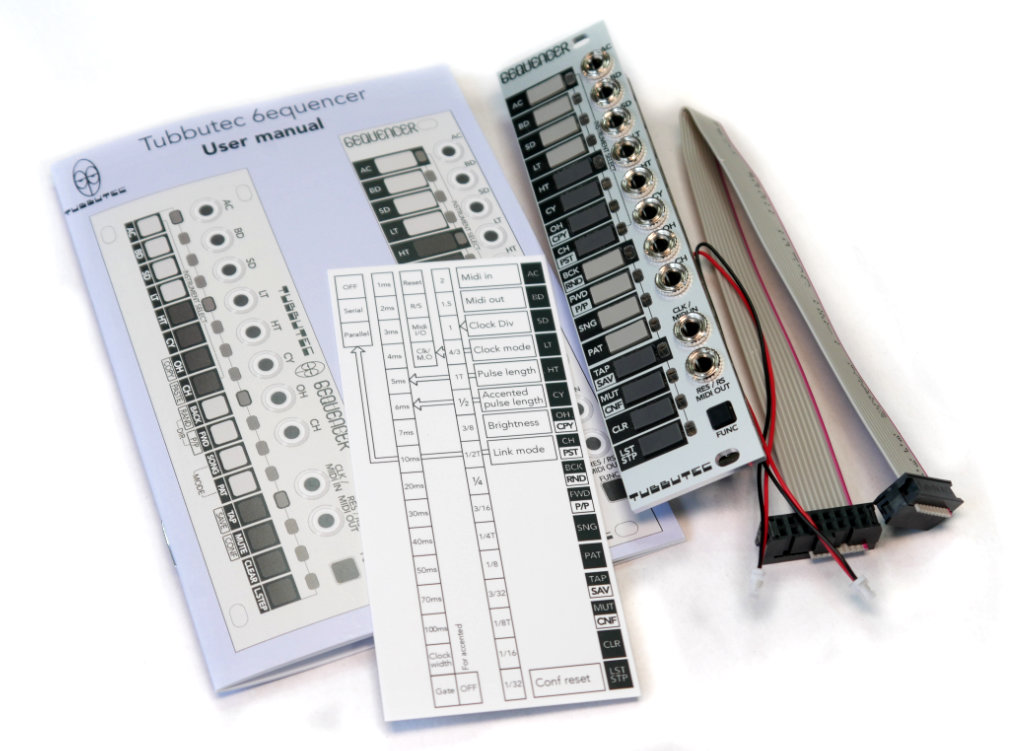