Whatever that means, it certainly means a lot of fun and crazy sounds!

Wired Heart features six sensors that can detect touch and humidity. Each of the sensors control the pitch of an oscillator – press harder or have sweaty hands to get a higher pitch. Each sensor serves a different function, and it is best to explore the Wired Heart Sound universe by trial and error. However if you want to know what is happening, you can find some explanation below.

If this still sounds boring to you, wait what happens when you touch several pads at once. The oscillators will begin to further cross modulate each other by the current flowing through your hands and a whole new world of awesome sounds opens up. 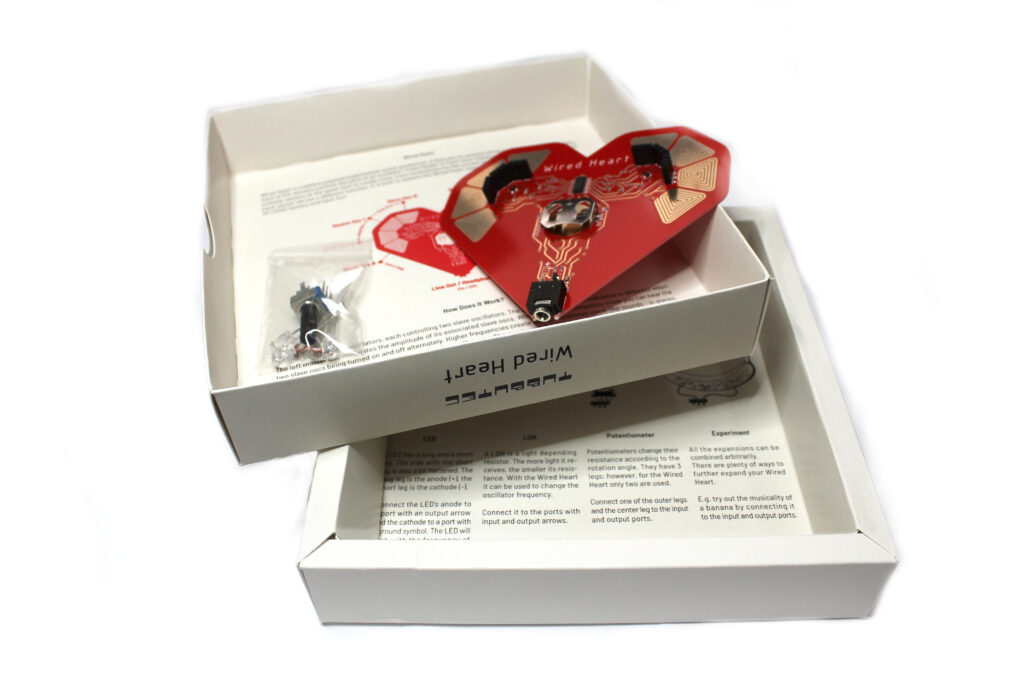 There are many more ways the heart can react to you: Try wiping it with a wet cloth, put a banana on it and see what happens, or simply blow on it – the humidity in your breath will make the oscillators sing as if you were just breathing new life into six punch-drunk sirens.

Each oscillator of the Wired Heart comes with an extension port to connect more electronics. The kit comes with three LEDs, three photoresistors and a potentiometer, all of which can be connected to the ports. By using the photoresistors, the oscillators will react to light. This can be your hand covering an existing light source, a flashlight you shine on the Heart or the light from one or more of the LEDs. The LEDs in turn blink with the rate of an oscillator. By just connecting a few components you can create a never-repeating, chaotic self driven sound source.
Potentiometers can be used to set an oscillator to a fixed pitch, or control them by hand with more precision. 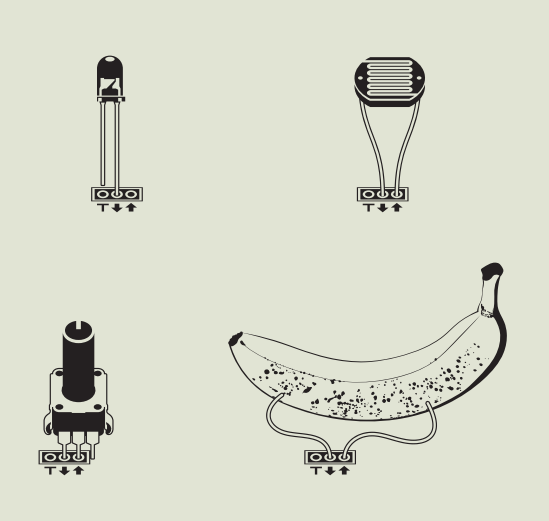 How does it work?

The upper right slave is modulated in some strange, hardsync-like way. The slave will be synced to the masters frequency which can create rich sounds spectrum ranging from stutter to voice-sounds to unexplainable stuff. The other slave on the right is frequency modulated by the master to create a tremolo effect or – at higher frequencies – rich sound spectra ranging from bells to voice-sounds.

The stereo output jack also doubles as on/off switch. If nothing is plugged in, Wired Heart is in a low power standby mode in which the battery will probably last until the next apocalypse. This is a line out jack, connecting headphones has been reported to work very well, too. 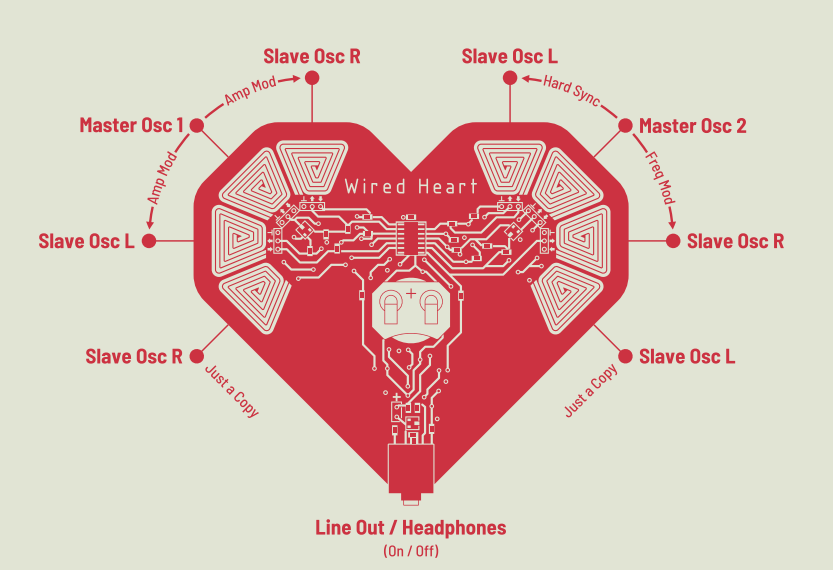 Wired Heart was developed in cooperation of Astro-Chicken, Phirol and Tubbutec. It is part of the special edition package of Hyboid’s LP ‘Wired at Heart’. You can buy it now in our shop. 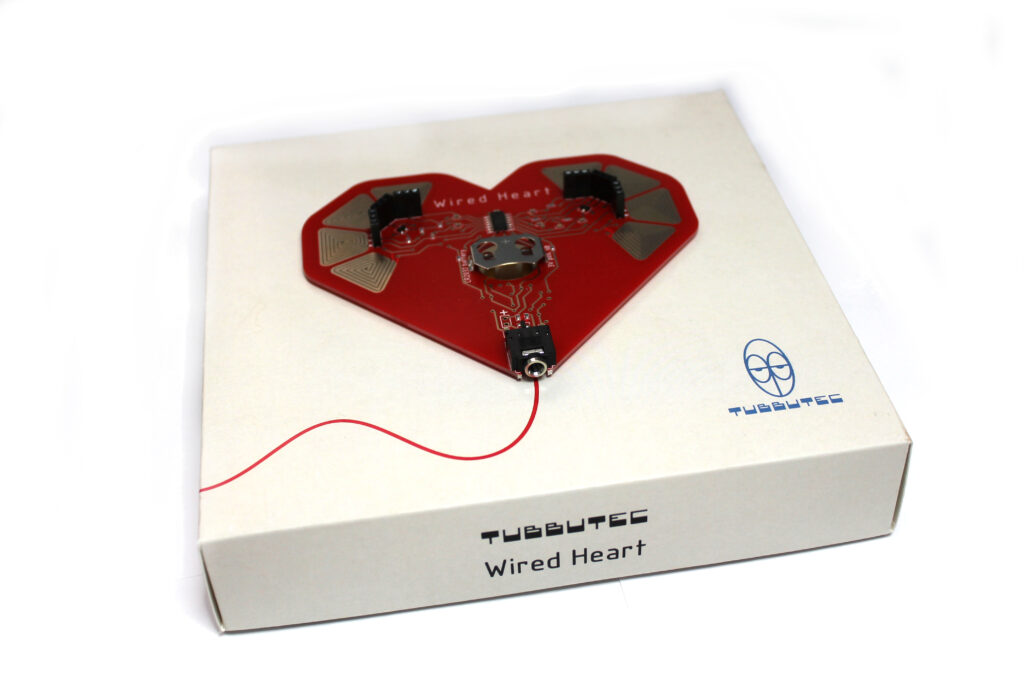